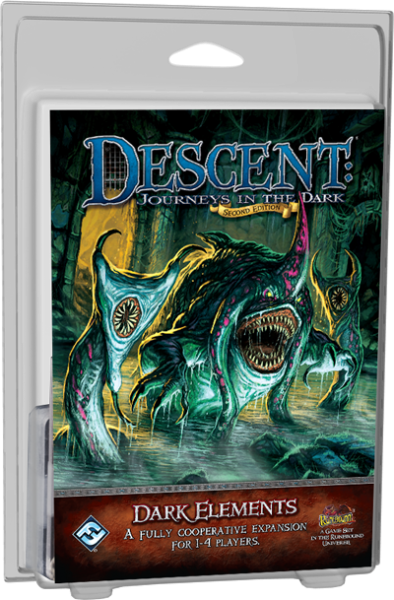 Everything changes in a cooperative adventure, however. Descent cooperative adventures like Dark Elements simulate a mini-campaign in one session, inviting up to four heroes to play against monsters and traps controlled by the game. In this adventure, you and your fellow heroes work together to grab loot, gain experience, and battle a new, terrifying threat!

Important: The Lair of the Wyrm expansion is required to play the Dark Elements cooperative adventure. In addition, the rules for Dark Elements are not included in the box.