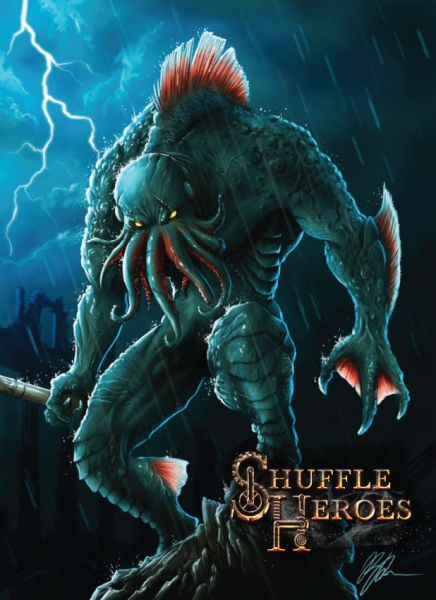 Each game, you draft two heroes and shuffle their cards together, forming your draw deck. This provides a lot of possibilities for different deck combinations while keeping the deck construction fast and easy.

The game-play is pretty straight-forward. During your turn, you either play a card, activate your hero or replenish your hand. However, when played right, you can chain effects together with devastating outcomes.

Your ultimate goal is to defeat enemy heroes either by reducing their health to zero or wearing them down by destroying cards from their deck.

One of the main mechanics in Shuffle Heroes is the so-called deck deconstruction. During the game, you can decide which cards you destroy from your opponent's deck. This decision heavily influences what your opponent can draw in the next turns.

€64.95 *
Viewed
This website uses cookies, which are necessary for the technical operation of the website and are always set. Other cookies, which increase the usability of this website, serve for direct advertising or simplify interaction with other websites and social networks, will only be used with your consent.
Decline Accept all Configure