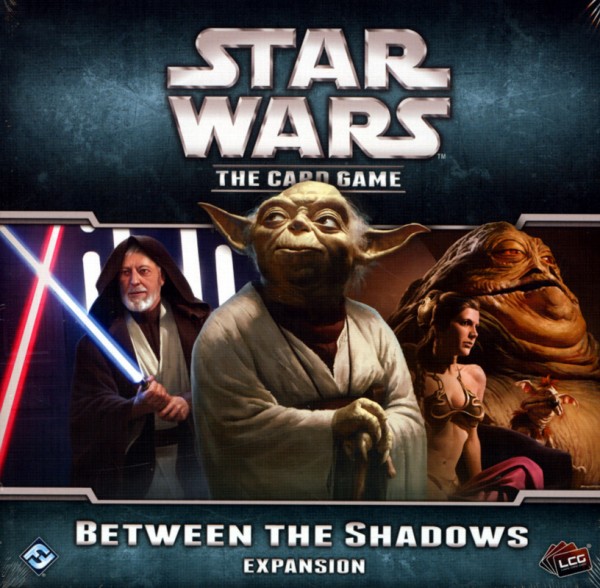 “Mos Eisley spaceport: You will never find a more wretched hive of scum and villainy. We must be cautious.” –Obi-Wan Kenobi, Star Wars, A New Hope

Meet with those who wait in the darkness in Between the Shadows, the third deluxe expansion for Star Wars™: The Card Game. In this expansion, the Jedi and Scum and Villainy factions are featured, but every affiliation finds new cards among the twenty-six new objective sets included in this expansion.

Whether you work with the Black Sun crime syndicate, train in the Force on Dagobah, engage in secret missions with Alliance Intelligence, or fund entire armies with the Imperial Navy’s connections, you’ll find the cards you need in Between the Shadows!