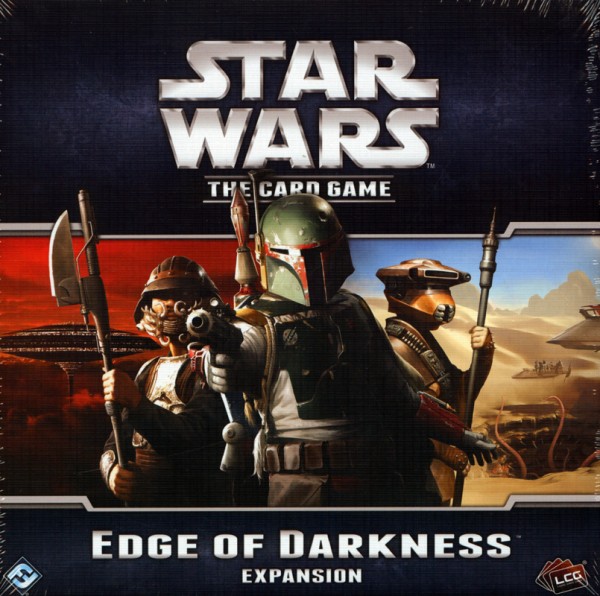 “You can either profit by this…or be destroyed!”
–Luke Skywalker, Star Wars: Return of the Jedi

Edge of Darkness is the first deluxe expansion for Star Wars™: The Card Game. Its twenty-two unique objective sets add 132 total cards that allow players to battle for the fate of the galaxy as either of two new affiliations, the dark side’s Scum and Villainy or the light side’s Smugglers and Spies.

Both of these affiliations live at the outskirts of Imperial law, and Edge of Darkness draws heavily from the original Star Wars trilogy as it builds themes centered around the remote planet of Tatooine and the independent mining colony of Cloud City. Edge of Darkness allows you to expand your games of Star Wars with Jawas, Tuskens, bounties, captives, and sabotage. You’ll also find such notable heroes and villains as Chewbacca, Lando Calrissian, Greedo, Bossk, and Jabba the Hutt, and you’ll be able explore unheralded new events within the expanded Star Wars universe.

This is not a standalone product. A copy of Star Wars™: The Card Game is required to play.