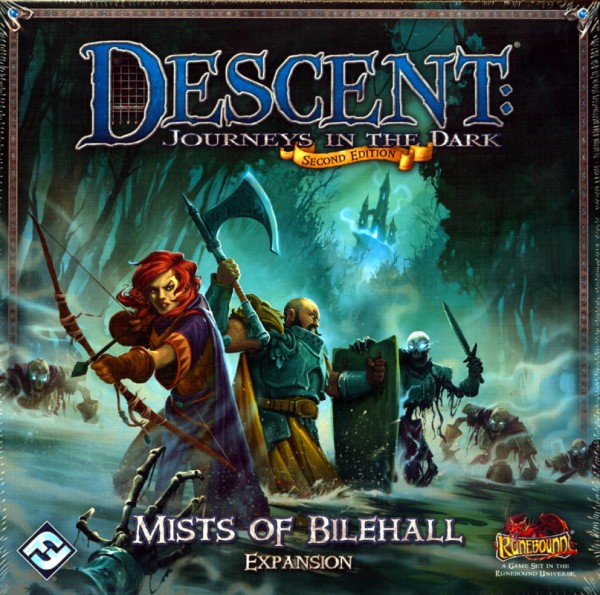 Venture into the Mistlands of Terrinoth in Mists of Bilehall, a new expansion for Descent: Journeys in the Dark!

A full, one-act campaign is included in this expansion, and in addition, no new heroes or hero classes are introduced here. Instead, this expansion has been configured to enhance the powers of darkness in Terrinoth. To that end, the overlord’s army gains twelve sculpted plastic figures – six reanimates, three broodwalkers, and three bone horrors. Old walls, crumbling terrain, and Tainted cards all add to the uncertainty of the Mistlands. Enter Waiqar’s domain in Mists of Bilehall!