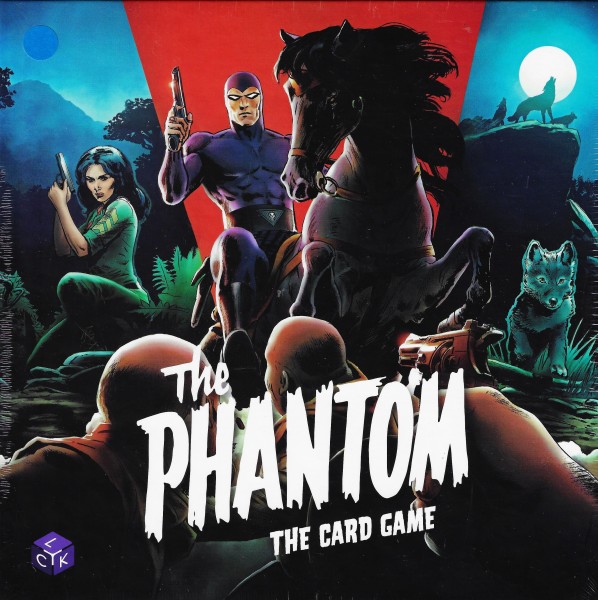 Beschreibung Produkteigenschaften Videobeiträge Downloads Bewertungen 0
Beschreibung
From the publisher: The Phantom the Card Game is an adventure game. You play alone or... mehr
Menü schließen
Produktinformationen "The Phantom: The Card Game (Deluxe)"

The Phantom the Card Game is an adventure game. You play alone or with a friend. You are in the world of The Phantom and can seek help from allies, using weapons and actions to support you. Players experience exciting adventures by using cunning to overcome problems and defeat enemies.

Each round, players face a new problem that needs to be taken care of, but with limited resources and plays it is important to make good decisions to overcome short term obstacles, achieve the long term goal and at the same time evolve your supply of actions, items and allies. Any enemies that are not dealt with will injure you, making it hard to come back to full speed.

The game includes 3 adventures that can be played in 4 different difficulties.

Diana in the Jungle Patrol:

This is the Deluxe version.

The Phantom: The Card Game - Terror in Mawitaan

The Phantom: The Card Game - Terror in Mawitaan

The Isle of Cats

The Isle of Cats - Boat Pack

The Isle of Cats - Late Arrivals

Liberty Roads - The Liberation of Western...