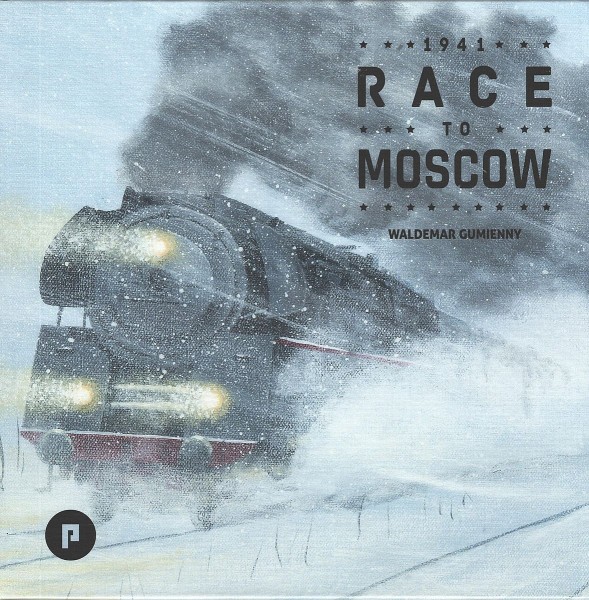 Beschreibung Videobeiträge Downloads Bewertungen 0
Beschreibung
From Phalanx Games: You lie in a cot, tossing and turning, trying to doze off after a... mehr
Menü schließen
Produktinformationen "Race to Moscow, 1941 (EN)"

You lie in a cot, tossing and turning, trying to doze off after a 36-hour shift of a non-stop hustle and bustle. Orchestrating the deployment of trains with 450 barrels of tank fuel to Proskurov as well as supervising the dispatch of two truck convoys to Odessa, loaded with ammo crates and food supplies, have taken a toll on your appearance. Your haggard, eye-bagged face has acquired yet another trait – a streak of gray hair on your left temple. And the news from Army Group Center, boasting that their tank divisions are already halfway there! Their quartermaster simply cannot be that good! You’re pondering whether it would be right to take a leave of absence is interrupted by a private carrying a message from headquarters – your request for the additional supply of ammunition has been rejected. You dismiss the private with an angry snarl. What are you supposed to resupply the 6th and 17th army with now? Wheat and onions instead of bullets and grenades? You have to figure something out really soon – your comrades rely on your ingenuity. Your failure means their race to Moscow is over.

A prequel to 1944: Race to the Rhine – a 2014 Golden Geek Best Wargame Nominee – 1941: Race to Moscow is a game of logistical resourcefulness as well as relentless competitiveness. You assume roles of quartermasters bound to enable your armies to advance eastward and reach their destination points before armies of your opponents do. The road to Moscow is not paved with roses, though. Mud – a sticky hell which brings your tank charge to a halt, enemy forces whose defeat will cost you not only the last bullet left in your clip but also the last droplet of fuel left in your gas tank, tactical dilemmas and meticulous calculations of how to reroute the completely stuck railroads – all of this and much more awaits you on the plains and steppes of western Russia. Not to mention the unmistakable feeling of your nails bitten to the quick when your troops are just a hop, skip, and a jump from their destination and all of a sudden they run out of ammo…

Experience tough tactical decisions and take part in the most challenging race of logistics. Do not linger any more: equip your troops wisely, pave ways for the most efficient supply chains, and prevent your armies from running on empty. Have a blitz on Moscow and have a blast by the hottest game of logistics ever!

plastic insert for the game box

Warbirds - Co-operative Game about Crewing a...