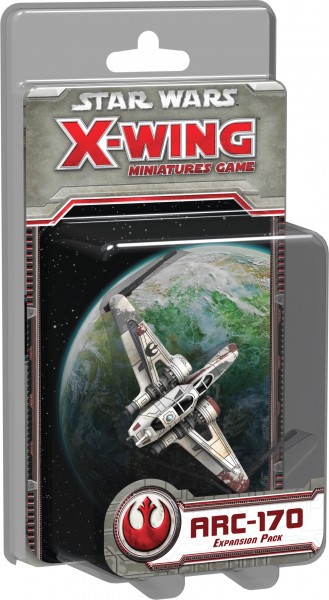 The ARC-170 Expansion Pack introduces this starfighter to X-WingTM as a resilient vessel with two attack, an auxiliary firing arc, and both crew and astromech upgrade slots.
Additionally, four ship cards introduce Poe Dameron’s mother Shara Bey and three other aces while nine new upgrades permit a wide range of creative configurations.
The Rebel Alliance recovered, repaired, and retrofitted a handful of ARC-170 starfighters during the Galactic Civil War.
Though somewhat antiquated, the ship was still a force to be reckoned with, featuring powerful cannons, heavy shielding, and a tail gunner.