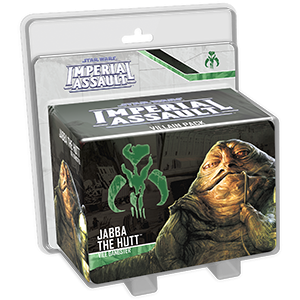 The Galactic Empire may technically control Tatooine, but on the planet’s surface, the rules are seldom determined by laws made light-years away. Crime is the closest thing to government that Tatooine has, and all crime on Tatooine feeds back to Jabba the Hutt. Jabba has spend decades establishing his criminal empire and crushing all competitors. Now, he can help to guide your Mercenaries strike team to victory with the Jabba the Hutt Villain Pack.