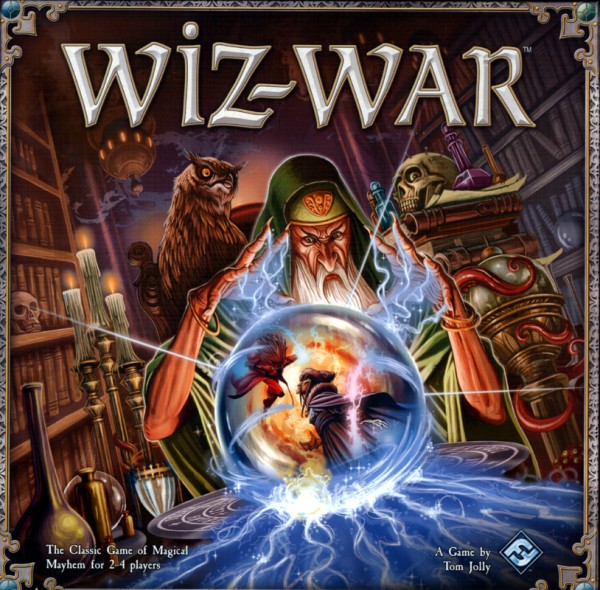 Wizards wage no-spells-barred magical duels deep in an underground labyrinth in Wiz-War. This classic board game of magical mayhem for 2-4 players pits players’ wizards against each other in a stupendous struggle for magical mastery. Win by stealing other wizards’ treasures and hauling them back to your base, or just score points by blasting the other wizards. The last wizard standing always wins.

Created by Tom Jolly in 1983, Wiz-War has delighted players for decades with its light tone and fast, imaginative play. Now Fantasy Flight Games brings Wiz-War back, better than ever!

Staying true to the spirit of the game that has entertained players for years, as well inspiring an entire genre of games, Wiz-War caters to the imagination and the funny bone. Casting an enriched array of spells, your wizards race through an underground maze, avoiding fireballs, werewolves, and psychic storms. Subtle game enhancements by Kevin Wilson and Tom Jolly promote faster play and clarify card effects.