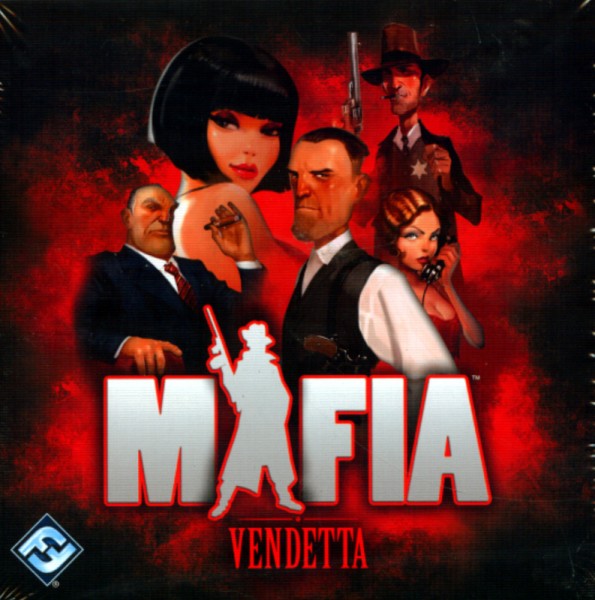 Beschreibung Produkteigenschaften Bewertungen 0
Beschreibung
The Godfather liked the Detective. Had known him since he was a scruffy kid playing ball in... mehr
Menü schließen
Produktinformationen "Mafia: Vendetta"

Mafia: Vendetta is a party game of bluffing, suspicion, and murder, created by the team at Hobby World and based on an original game design by Dimitry Davidoff. In Mafia: Vendetta, a town is torn apart when the resident Mafia begins to murder its enemies. The Mafia members all dwell within the town and participate in the community as if ordinary civilians, publically talking about the murders with fear and astonishment, accusing other civlians of being mobsters or Thugs. They aim to keep their identities concealed and to keep killing until they dominate the town. But the civilians are willing to go to any means necessary to condemn the murderers and eliminate crime. Anyone could be a part of the Mafia. Everyone is suspect.