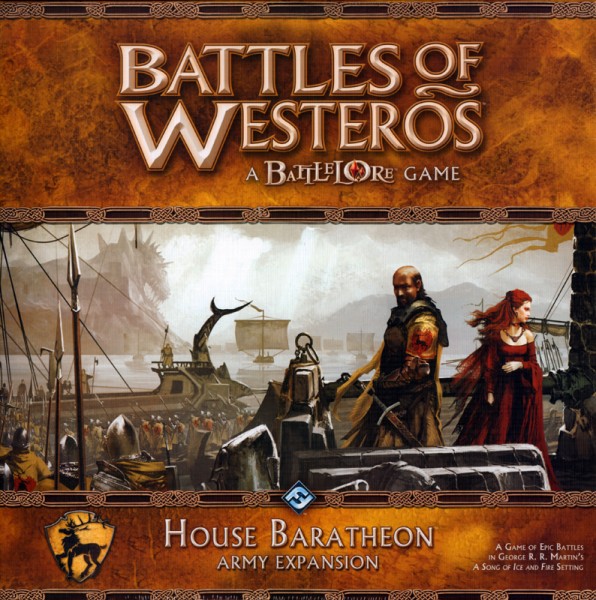 “I swear to you, sitting a throne is a thousand times harder than winning one.”
–Robert Baratheon, A Game of Thrones

A new primary House faction joins Battles of Westeros! For the first time, the seasoned forces of the crowned stag take to the field of battle to defend their claim to the Iron Throne. In the House Baratheon Army Expansion for Battles of Westeros, you can unleash the Baratheons' fury with eight mighty commanders and over 100 detailed troop miniatures. An epic battle awaits you on the stunning Blackwater map, and innovative rules for Alliance battles allow up to eight players to clash in the deadliest of conflicts.

Force the entirety of Westeros to bow to their true King and defend what is rightfully yours: the Iron Throne. The House Baratheon Army Expansion includes: