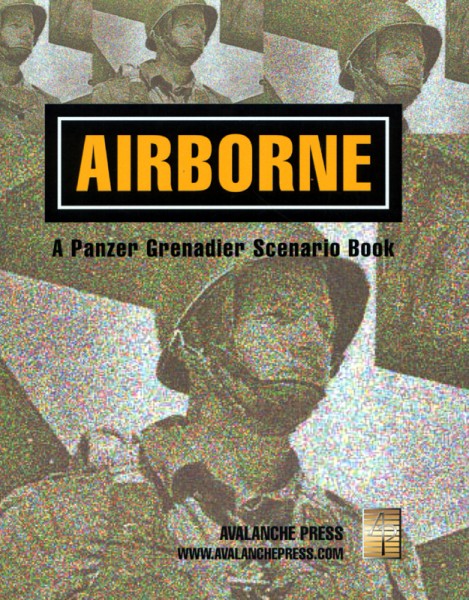 Floating down from the dark early-morning skies of Normandy, American soldiers taught the world a new synonym for courage: Airborne. Landing on 6 June 1944, these paratroopers would fight for the next 33 days and go on to represent their country in the victory parade through the ruins of Berlin.

Airborne is a book supplement for the Panzer Grenadier series. It contains 35 scenarios set in the Normandy countryside: 20 of them from the long-out-of-print boxed game, 14 new ones by Mike Perryman, and one mega-scenario by Patrick Callahan. Plus the usual background material.

Airborne includes a mapboard, but no playing pieces. Players will need playing pieces and some maps from Elsenborn Ridge and Battle of the Bulge; a few scenarios also use boards or pieces from 1940: The Fall of France and Edelweiss.

Wings of the Motherland - The Air War over...
€152.00 *
Viewed
This website uses cookies, which are necessary for the technical operation of the website and are always set. Other cookies, which increase the usability of this website, serve for direct advertising or simplify interaction with other websites and social networks, will only be used with your consent.
Decline Accept all Configure