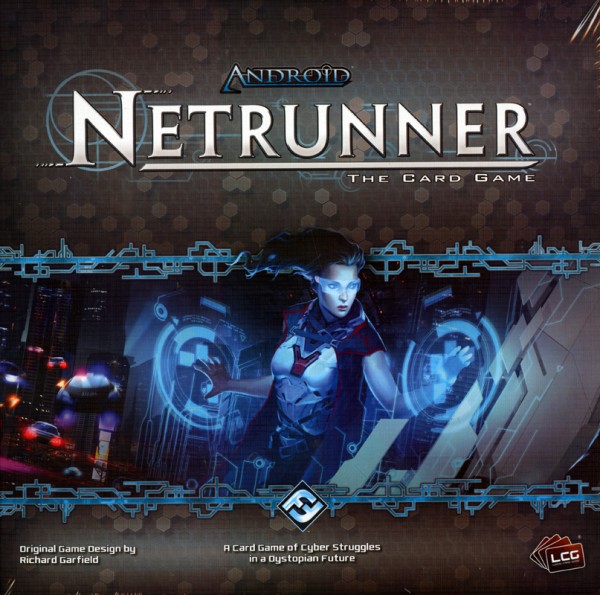 This product is currently not available.
Please inform me as soon as the product is available again.
€45.95 *

Monolithic megacorps and individualistic netrunners collide in a dystopian future. Set in the gritty, cyberpunk future of Android, Android: Netrunner is a two-player Living Card Game™ that rewards skill, strategy, and just the right amount of calculated risk.
In a world where corporations can scan the human mind and interface it directly with electronic data, more data moves every second than was ever processed in the first five-thousand years of written language. The network is omnipresent, the crux of modern human civilization, and while visionary corporations seek to secure their most valuable data on the network, the elite hackers known as netrunners seek to steal it.

This asymmetrical card game resurrects the mechanics of the original Netrunner, designed by Richard Garfield, and updates them to increase clarity and promote a more dynamic play environment.