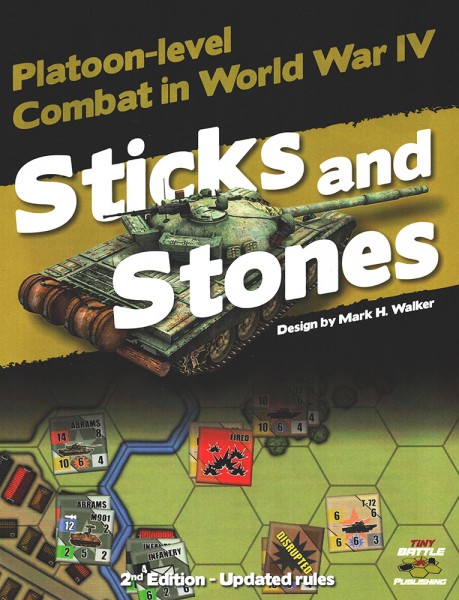 Seven days after a limited nuclear exchange has irradiated most of Russia and the United States, Soviets roll across the West German border, eager to claim precious non-irradiated ground for the Politburo. American armor stationed at the border rushes forward to meet them, and World War IV begins, fought with much more than Einstein's sticks and stones.

BUT SECOND EDITION? WHAT'S UP WITH THAT? GOOD QUESTION. HERE'S WHAT'S NEW.

The rules have been updated, revised, and polished. Mark's goal was to create an error-free, easily understood version of the rules. We turned our polished writ over to one of the best layout artist in the industry to make the rules look as good as they read. We hope you'll like the results.

We gave the same treatment to the Player Aid Cards. Again, our goal was to give you error-free, easily understood information, presented in an attractive manner. Additionally, the Fire Results Table as been modified to more closely align with Poland Strikes, and better fit the capabilities of the units in Sticks and Stones.

The attractive counters, map, and Action Cards remain the same. So bottom line, if you bought the 1st edition, all you need to do is download the rules and PACs right here. For free.