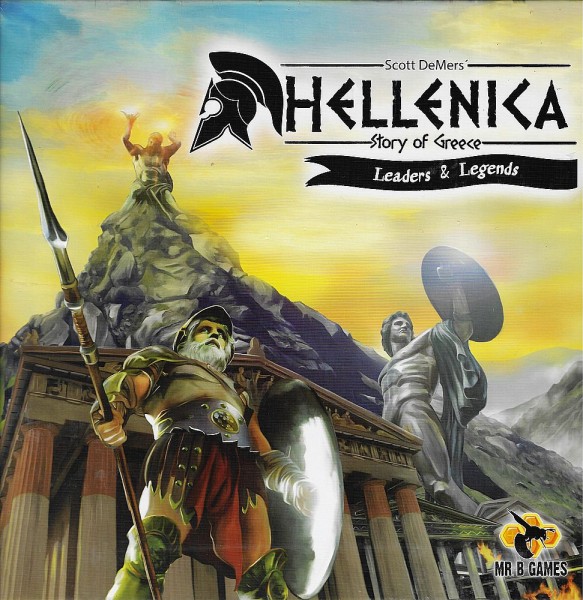 From Mr B Games:

Leaders & Legends is an expansion for Hellenica: Story of Greece that adds unique leaders to the game allowing players to modify the characteristics of their city-state.

Each leader confers a special bonus on the city-state that recruits them. For example, Heracles aids in fighting Mythological Creatures while Socrates makes your research more productive. Each leader is represented by a deck of cards that appear in a market that players review to recruit the leaders that they want. But, watch out, other players may be desiring the same leaders as you and leaders will not serve two city-states!

Every version of Leaders & Legends also includes 7 decks of Themed AI. These are to be used to ENHANCE and replace the standard AI deck in all copies of Hellenica.

This Limited Edition includes all the Kickstarter Stretchgoals for Leaders & Legends, as seen in the pictures.