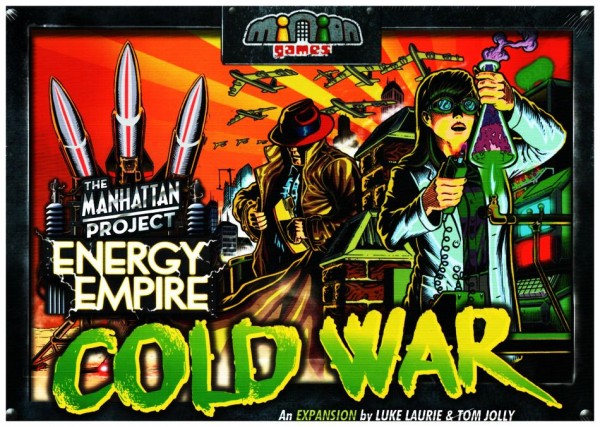 After the bombs fell on Hiroshima and Nagasaki, and the dust settled from WWII, the nations of the world rebuilt their economies and infrastructure, and the atomic age began. Nations forged alliances through strong diplomacy. They built rockets and satellites and began the space race. They constructed enough nuclear missiles to destroy the world many times over. Their spies were around every corner. The Cold War had begun.

This expansion requires that game specifically, and not other products in the Manhattan Project game line.

The various components in this expansion are divided into separate modules. It is recommended that these modules be added to Energy Empire gradually and not all at once.

Players will find that the Cold War expansion adds many more opportunities for player interaction, and creates many more varied ways to win. Fans will notice that some of the things they are used to doing in Energy Empire might become more difficult, but the new strategic options and paths to victory greatly enhance replayability.

This is an expansion! The Manhattan Project: Energy Empire core game is required to play.