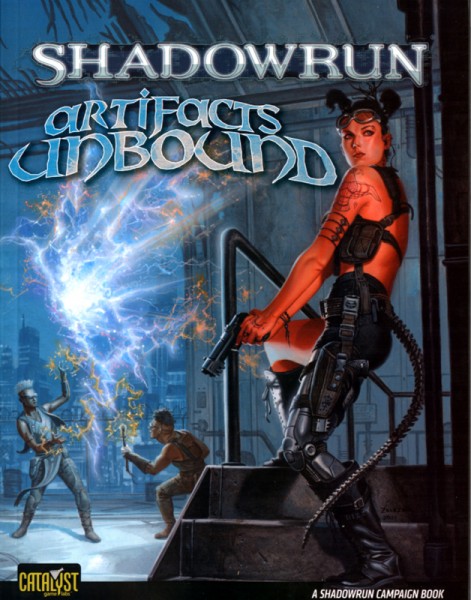 Beschreibung Bewertungen 0
Beschreibung
Four artifacts have been found. Some of the most powerful people in the Sixth World have been... mehr
Menü schließen
Produktinformationen "Shadowrun: Artifacts Unbound"

Four artifacts have been found. Some of the most powerful people in the Sixth World have been after them, and many people have died in the globetrotting hunt to bring these objects together. Now that they have been recovered, their powers can be unleashed—or the artifacts can be scattered, lost again until another generation summons the courage and the knowledge to dredge them up.

Artifacts Unbound concludes the Dawn of the Artifacts campaign that makes gamemasters and players free to determine the events of the campaign. Filled with adventure seeds, basic setting information, and NPC statistics, Artifacts Unbound lets gamemasters select the elements that would work best in their campaign and design a thrilling story for their game. Easy to use and flexible, this book can be used with players who have gone through the entire Dawn of the Artifacts campaign, or with players just learning about the artifacts and their effect on the Sixth World.