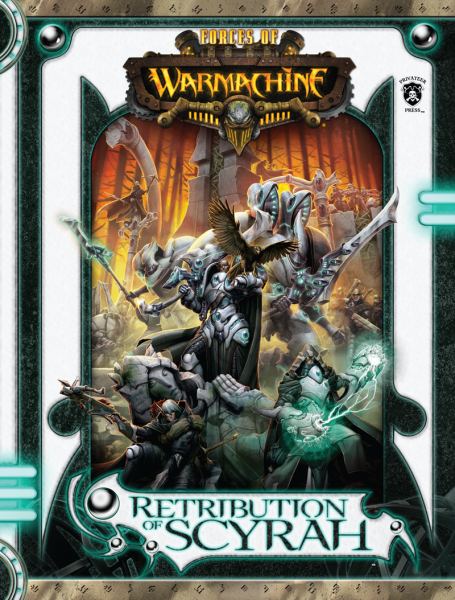 Beschreibung Bewertungen 0
Beschreibung
Retribution is at hand! Hidden behind their impenetrable borders, a sect within the... mehr
Menü schließen
Produktinformationen "Warmachine Mk2 Retribution of Scyrah (SC)"

Retribution is at hand!

Hidden behind their impenetrable borders, a sect within the long-secluded nation of Ios is preparing for war. Once outlawed as dangerous and radical, the Retribution of Scyrah has come from the shadows to offer the elves of Ios a chance at salvation. The Retribution is convinced that by ending the rampant spread of mankind’s magic they can stop the slow death of their god Scyrah and save their race. Armed with the power of arcanika and backed by mighty myrmidon warjacks, the armies of the Retribution of Scyrah are prepared to hunt down and eradicate every last human magic user in western Immoren.

Introducing the first new faction since the release of the award-winning miniatures game WARMACHINE, Forces of WARMACHINE: Retribution of Scyrah

Unleash the power of elven vengeance!