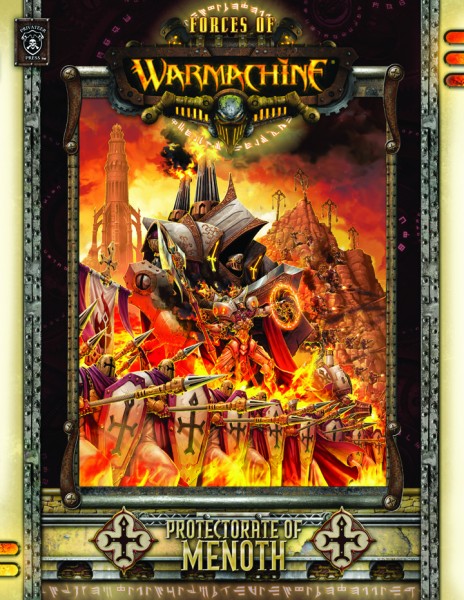 Beschreibung Bewertungen 0
Beschreibung
The Road to Salvation is Paved with the Skulls of Heretics Driven by Menoth's will, the... mehr
Menü schließen
Produktinformationen "Warmachine Forces: Menoth (HC)"

The Road to Salvation is Paved with the Skulls of Heretics

Driven by Menoth's will, the Protectorate of Menoth wages a crusade against the other nations and lesser faiths of western Immoren. Powerful warcasters imbue their towering warjacks with divine might while masses of zealots, mighty Knights Exemplar, and ranks of disciplined Temple Flameguard stand ready to cleanse the stain of heresy wherever it may be found. Against those who carry out the Creator's will, there can be no hope of victory!

March forth with the hosts of the Lawbringer in Forces of WARMACHINE: Protectorate of Menoth, featuring: