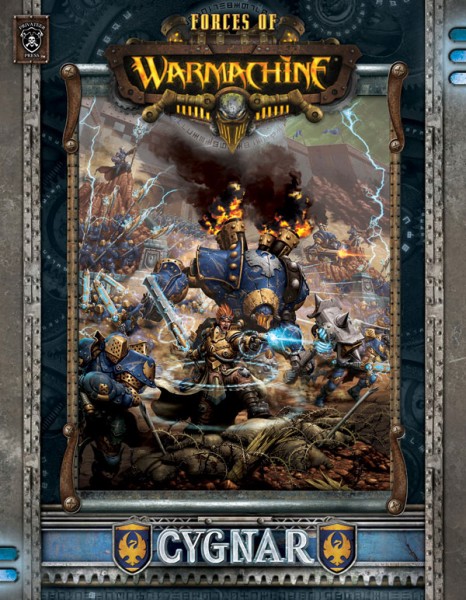 Known as the Jewel of the Iron Kingdoms, the great nation of Cygnar is beset by enemies on all sides. Against these threats stands the elite army of the Cygnus, including battle-hardened trenchers, deadly long gunners, and the legendary Storm Knights, warriors whose weapons bristle with lightning. Armed with the most advanced mechanika in the Iron Kingdoms, the stalwart and courageous soldiers of Cygnar stand resolute against those who seek to destroy their beloved homeland.Take up the fight for the Cygnus with Forces of WARMACHINE: Cygnar, featuring: