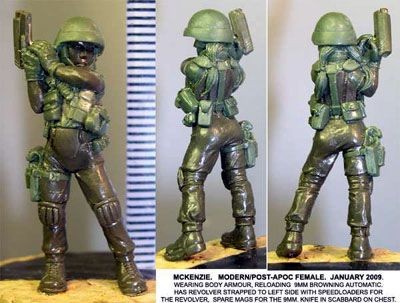 Well what can I say? Body armour, 9mm Browning, cute pigtails...what more could you want from a heavily armoured female fighter!...lol! IF you think you would like this little lady a bit more heavily armoured then her second variant is HFA054 where she has a choice of being armed with a G36c or a KSW1a pulse rifle