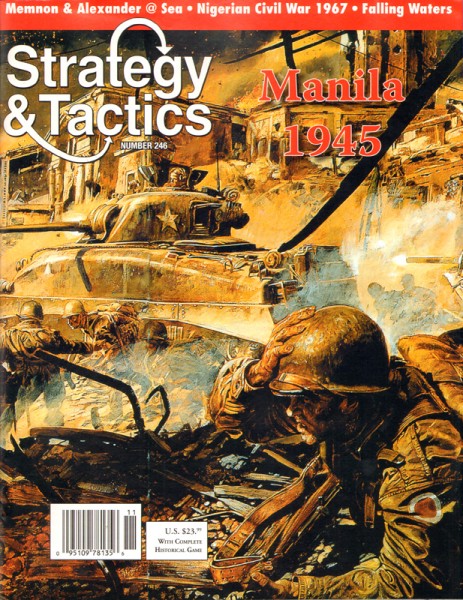 Manila '45: Stalingrad of the Pacific (M'45), is a two-player, low-to-intermediate complexity wargame that simulates the American liberation of the capital of the Philippines in World War II, which took place from 3 February to 4 March 1945. To control complexity and present an overall-force-commander's-view of the battle, the game uses a tactically scaled map and units of maneuver coupled with an operationally scaled game turn length. The American player is generally on the offensive, trying to clear the entire Japanese defending force from the city prior to the end of the game.

Against the Odds: Chennault's First Fight