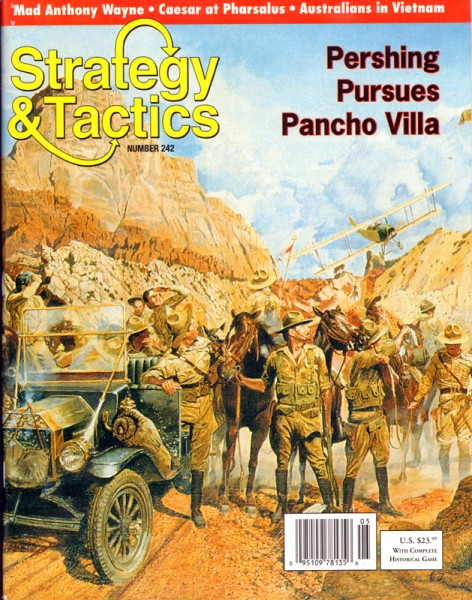 Boots 2 uses an interactive game turn in which both players command an overall force made up of several sub-commands. During each turn, players alternate picking "command markers," which designate the sub-command within their force they may then use to conduct operations. The player then moves units of that sub-command and, at the completion of its movement, may conduct attacks with the units of that same sub-command. Play then passes to the other player, who similarly picks a marker and moves and fights. That procedure continues until all command markers have been picked. Additionally, certain events cause players to pick "heroism markers" at random, which may generate anything from mad, impetuous charges to abject surrenders.

The rules are divided into the standard rules, which are common to all games in the system (Boots 1 will have appeared in S&T no. 236), and the scenario rules, which provide deployment and reinforcement instructions, as well as victory conditions, for each specific battle game.

In the Pershing game, each turn represents one month, and each hexagon on the map represents 10 miles across. US Army units, as well as those of the Mexican Federales forces, are battalions, regiments and brigades. Poncho Villa's units each represent correspondingly sized groups of combatants, with about 80 to 120 individuals per strength point.