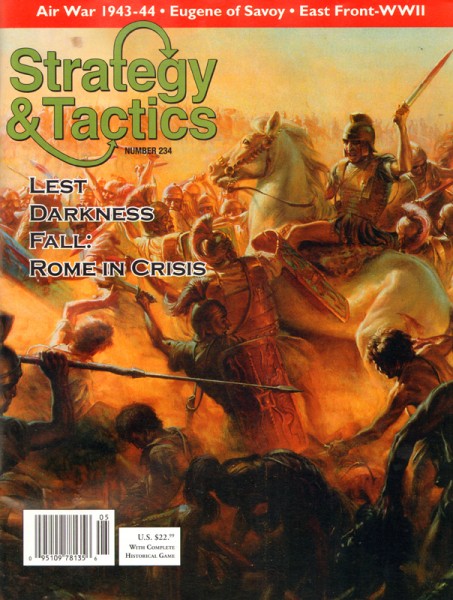 That second player is generally on the offensive, trying to invade, loot and occupy core Roman territory, or perhaps reach the city of Rome itself, in order to win. The Roman player wins by finally maintaining the territorial integrity of the empire against the invaders. Despite that being the general situation, however, over the course of a typical match both players will have many opportunities to both attack and defend as they maneuver to achieve their goals.

Each game turn of LDF represents the passage of 10 years. Each hex on the map measures 100 miles (162 km) from side to opposite side. The units in the game represent the Roman emperor and his court, his co-emperor (if one is in play) or rebel claimants to the throne, legion bases and vexillations (mobile elements), garrisons and fortifications, Germanic tribes, Parthian gund (corps), and Palmyran legion-equivalents. The individual units therefore represent everything from an individual and a few courtiers up to 10,000 or so soldiers and their camp followers.