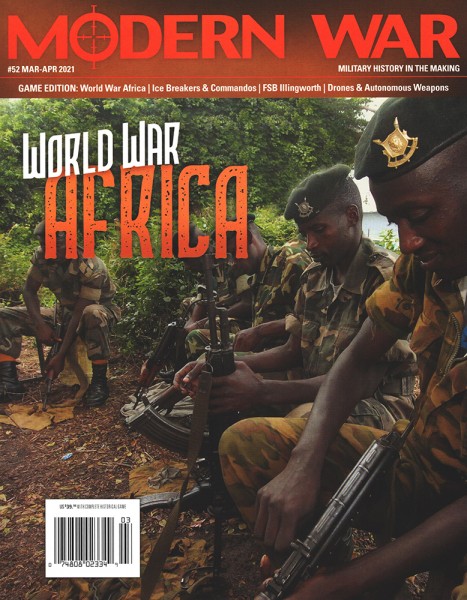 World War Africa: With the end of the Cold War, Africa shifted higher in strategic importance for its resources and developing economies. Despite efforts at democratization, the Congo became a focal point for tribal and regional conflict. This article examines the 1996–2003 period.

Used Ice Breakers and Commandos: An Operational History of the Israeli Navy in the 1948 War of Independence: At the outset of the new Israeli state, a navy was created from scratch. Often outnumbered, the navy scored significant victories off the coast in defending Israel and delivering commandos for raids.

The Battle of Fire Support Base Illingworth: Fire Support Base (FSB) Illingworth, like several of the Vietnam era, was supposed to be an enticing target to draw the NVA out for an attack that would be responded to with overwhelming firepower. Unfortunately, too much “bait” was put in the trap in the form of 8-inch howitzers and tons of ammunition leading to a climactic explosion.

World War Africa: The Congo, 1998-2001 is a two-player wargame. One player represents the rebels consisting of a coalition of East African countries, namely Rwanda, Uganda and Burundi, and their local proxies: the MLC and the RDC. The player controls the Congolese Armed Forces supported by a coalition of African countries, including Angola, Zimbabwe and Chad. Each hex on the map represents 100 kilometers from side to side. Each game turn represents from one to three months, with 13 game turns (GT) covering the period from August 1998 to June 2001. Ground units represent brigade, regiment and battalion sized formations. The combat aircraft units represent various numbers of sorties needed to accomplish missions during a game turn.