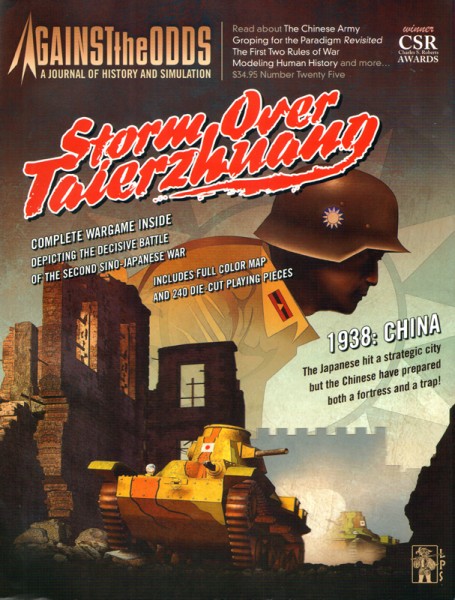 The town of Taierzhuang was chosen as the site for this trap as it was an important rail terminus on the way to Xuzhou. Li Tsung Jen, the Nationalist Chinese general in charge of the 5th War Area (with around 100,000 men in 9 divisions), was given the task of defending Xuzhou. He and his command were familiar with the area and terrain that would channel the attacking Japanese into attacking Taierzhuang.

The game is played in 13 turns, each of which represents a day. The game uses an area movement/impulse action system made famous by Storm Over Arnhem, but heavily modified by a tactical chit system which is the heart of the game. The game also contains random events and various optional rules to give a diverse range of variations to both sides' play.

Storm Over Taierzhuang and issue #25 of ATO