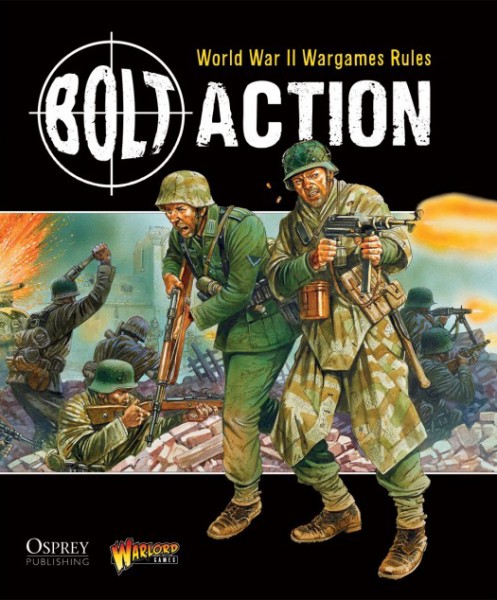 Written by veteran game designers Alessio Cavatore and Rick Priestley, Bolt Action provides all the rules needed to bring the great battles of World War II to your tabletop. Using miniature soldiers, tanks and terrain, you can fight battles in the shattered towns of occupied France, the barren deserts of North Africa, and even the sweltering jungles of the Pacific.

Players get to decide which of the major or minor World War II powers they would like to represent, and then construct their armies from the lists provided. Army options are almost limitless, allowing you to build the kind of army that most appeals to your style of play. The choice is yours.

Created as a joint project between Warlord Games and Osprey Publishing, the leading independent military history publisher, Bolt Action is sure to be the most popular new wargame on the market.