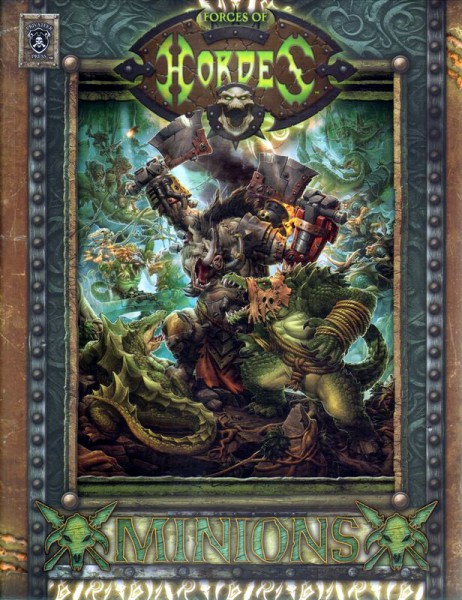 Beschreibung Bewertungen 0
Beschreibung
Adapt and Survive Whether fighting for their own agenda or offering assistance to others,... mehr
Menü schließen
Produktinformationen "Forces of Hordes: Minions (SC)"

Whether fighting for their own agenda or offering assistance to others, minions possess unique skills that can be used to turn the tide of battle. As war continues to embroil these tribal cultures into a desperate fight for survival, new and more dangerous beings emerge from the darkness of the wilds. From bloodthirsty gatormen and savage and unruly farrow to the few brave adventurers who blur the lines between the civilized and wild worlds, generals can find minions to suit any battlefield role.

Whether you field minions as faction reinforcements or as their own army, Forces of HORDES: Minions contains everything you need to deploy these savage tribes in battle, featuring:

• Complete faction rules and profiles for using all current Minion models in HORDES Mk II.
• New troops to bring to the fight, including all-new warlocks and warbeasts.
• An in-depth look at the history and structure of the various minion cultures.
• A painting and modeling guide to help you ready your forces for battle.
• Minion Theme Force lists and rules, which allow you to create armies based on specialized tribes found in the HORDES world.

Let Loose the Minions of War!