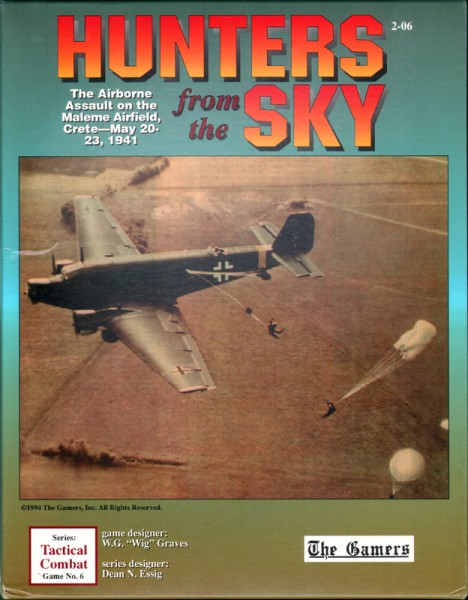 
The Germans realized they did not have the airborne force capable of taking the island by paradrop alone, so they added to the plan major reinforcements that would airlift into the battle after the assault force cleared landing strips. Maleme airfield turned out to be a key location for the reinforcing airlift and the fate of the entire invasion rested in the hands of the elite Fallschirmjaeger troops of the Luftwafe's STURM regiment.

This game covers the climactic struggle to take the crucial airstrop. The success of the German air assault rests in the hands of the player - glory or defeat, the choice is yours. The action is non-stop as both players must attack and defend vigorously.