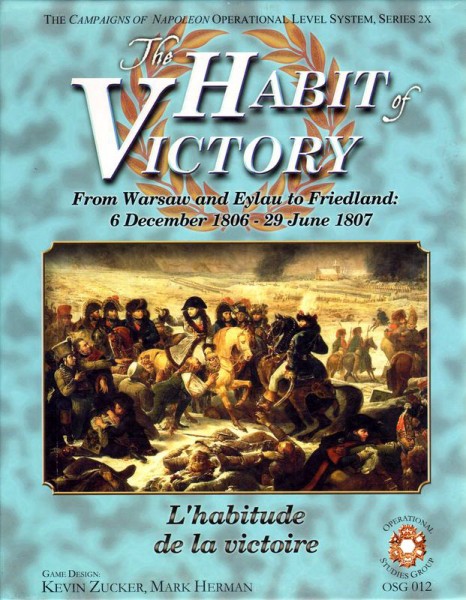 From Warsaw and Eylau to Friedland:

The French army awoke from quarters and assembled into regiments and brigades, advancing cautiously into the winter fastness, passing alternately through the plains and forests of Masuria. Encountering determined opposition in a series of rearguard battles lasting a week, they finally emerged into a clearing about a mile and a half in front of the large village of Preussisch Eylau.

To the north, east, and south stretched an undulating plain. In the left foreground a frozen pond extends half a mile north-west to the village of Tenknitten; to the right the Waschkeiten Lake, blanketed in snow. Slightly elevated ground occupies the space of 1000 yards between the two lakes, and the road runs along the highest crest.

Half a mile before Eylau, the road begins to descend. The substandtial village lies in the valley, on both  sides of the road. On the right side, the church and cemetery stand on a well-defined mound.