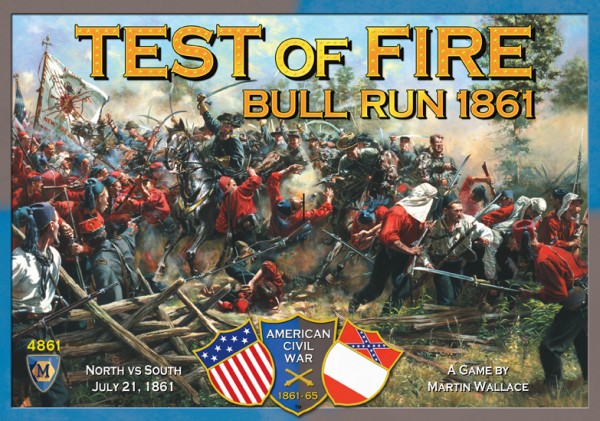 July 21, 1861 the raw untried armies of North and South meet for the first battle of the American Civil War.

Will you take the part of General Beauregard of the Confederate States of America defending Virginia or the part of Union General Irvin McDowell seeking to stop the rebellion of the south and re-unite the nation?

Simple game mechanics center on a system where command opportunities are determined by dice, action cards and the frustrations of command are eloquently portrayed.

Simply put, the Union Army of Northeastern Virginia must seize Manassas Junction or rout the Southern Army to achieve victory.