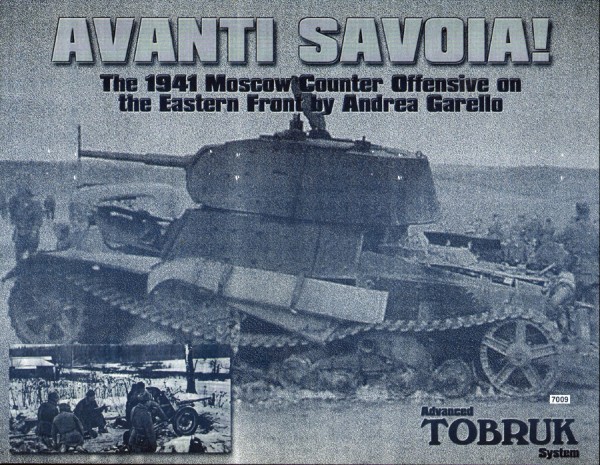 AVANTI SAVOIA! (ATS) brings the disaster of the Soviet Winter Counter Offensive of 1941 to the fore with German, Russian, and Italian combined-arms operations playing across two historical maps. All the early Barbarossa toys are there, Stug IIIB, T-26, Pz IIIG, conscripts, and more. It is December 1941 and the looming Moscow offensive has caught the Axis by surprise.

The Axis commanders hurl Bersaglieri and Panzergrenadiers into the maelstrom while Hitler demands ‘not one step back’...while YOU, the gamer, experience what that order means to the men and machines at the sharp end in amazing detail.