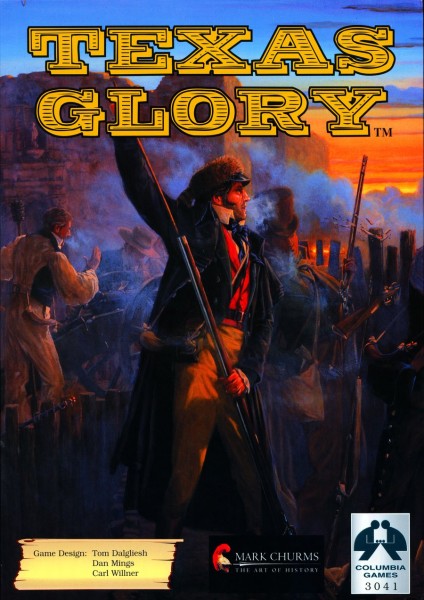 Beschreibung Bewertungen 0
Beschreibung
From Columbia Games: The campaigns for Texas Independence were much more than just the... mehr
Menü schließen
Produktinformationen "Texas Glory"

The campaigns for Texas Independence were much more than just the Alamo. Texas Glory includes the preliminary 1835 clashes when the Texans under Austin expelled the Mexican garrison from San Antonio de Bejar. It then covers Santa Anna's 1836 surprise late winter campaign that began with his recapture of the Alamo, but ended with Texan victory at the Battle of San Jacinto on April 21,1836.

This fast-playing game reflects the balanced struggle between the Mexicans and the Texans. Sam Houston must delay superior Mexican forces until he can gather enough troops to risk a battle. The Mexicans must sweep across Texas with utmost speed because time and supply are their enemies. The significant role of "American Volunteers" in the eventual outcome becomes clear.