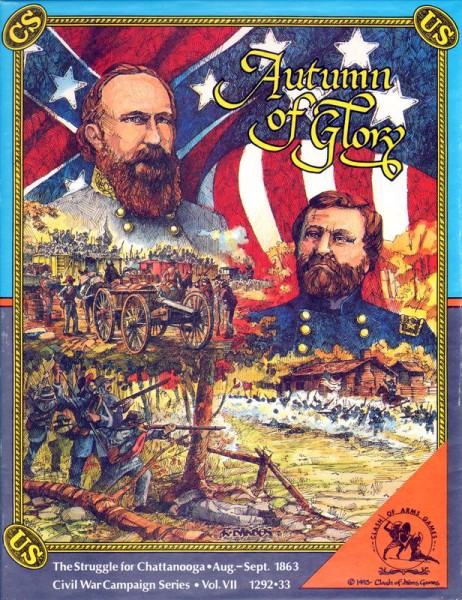 AUTUMN OF GLORY is a two player operational game on General William S. Rosecrans? offensive into northern Georgia during the late summer of 1863. This offensive was met by a strong Confederate counterattack that resulted in the Battle of Chickamauga. The game also portrays the effort made to control Knoxville that so vitally influenced the Chickamauga campaign.
The map depicts the theater of operations from Cumberland Mountain to Rome, Georgia, centered on Lookout Mountain. It is divided into ?Area? to regulate movement. Each Area represents approximately a 7-mile slice of terrain. Each turn represent about 2 days of real time. The playing pieces represent divisions and brigades on both sides, as well as artillery units and various informational markers. Each combat strength point represents around 800 infantry, 400 cavalry, or 16 artillery pieces, depending on the unit represented.

The Army of the Heartland - The Army of...
60,00 € *
Kunden haben sich ebenfalls angesehen
NEU

Montgisard: Man-to-Man combat in the Crusader...