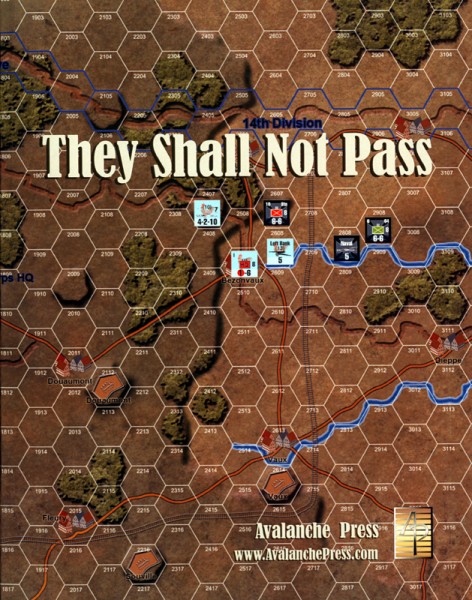 Beschreibung Bewertungen 0
Beschreibung
As German stormtroopers surged toward the ancient fortress city of Verdun under cover of... mehr
Menü schließen
Produktinformationen "AP: They Shall Not Pass"

As German stormtroopers surged toward the ancient fortress city of Verdun under cover of massive, days-long artillery bombardments, the French Second Army refused to yield. It's command issued one simple order:

"They shall not pass."

Many of the dead would never be found, but they numbered over 200,000. It would be one of history's hardest-fought battles and ultimately a decisive one: France would survive despite her horrifying losses, and Germany would not win the First World War.

They Shall Not Pass is a new type of product from Avalanche Press: a 64-page book about the battle and the forces involved that also includes a complete historical game on the subject.

The book covers the armies that fought at Verdun and the course of the battle. It has strategy tips for playing the game, and shows how the game relates to history.

The game is a quick-playing simulation by William Sariego covering the crucial first 10 days of the battle. Artillery bombardment and assault combat take place separately. Elite troops have numerous advantages, and morale is a vital component of the game. Game pieces represent regiments and a handful of battalions. Units are rated for morale, attack, defense and movement. They Shall Not Pass is a new edition of a boxed game we published in 2006.