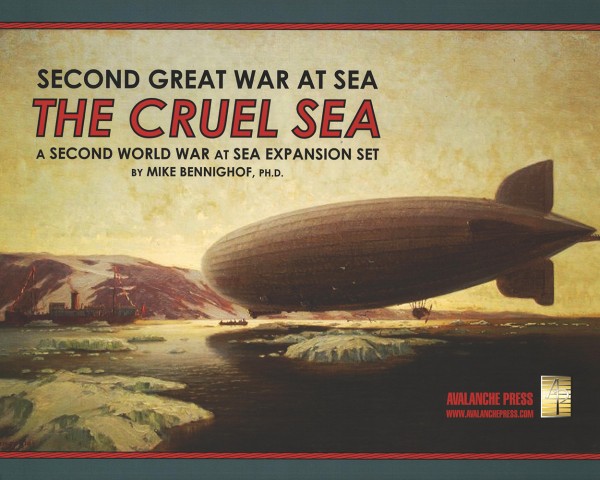 Our Second Great War alternative history story arc posits a world in which Woodrow Wilson’s attempts to forge a compromise peace in late 1916 succeeded. Millions of lives were saved and vast destruction averted, while the great empires of Eastern Europe – Germany, Austria, Russia and Turkey – survived for another generation. But not all accepted this new world order, and in August 1940 war returned to Europe.

The Cruel Sea is a truly massive expansion set for Second Great War at Sea. It features the ships, airships, helicopters and airplanes of Imperial Germany, Republican France and Imperial Russia.

The Cruel Sea is intended as the foundation of the Second Great War at Sea; other supplements, like Sword of the Sea, will draw on this set for playing pieces (which lets us put even more new toys in those sets rather than repeating the same pieces).

There are also thirty new scenarios based on the battles waged during the first eight months of this war that never happened, in our popular story-arc format. This module is not playable by itself, but requires ownership of Bismarck and Arctic Convoy to enjoy all of the scenarios.

Our Second Great War background book describes the alternative history behind these scenarios.