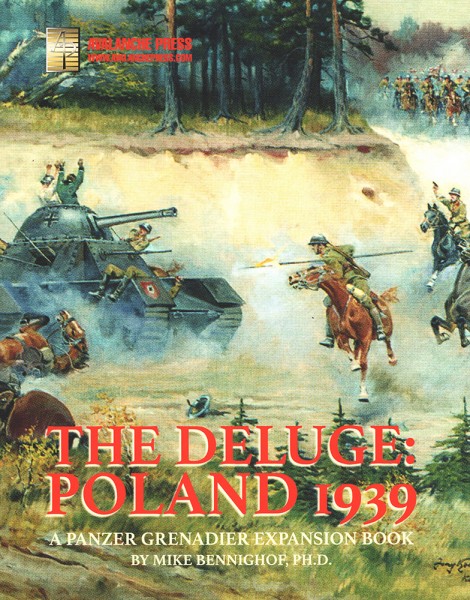 The Deluge is a Panzer Grenadier expansion book focused on the battles of September 1939 between Poland's defenders an the German invaders. There are 40 new scenarios featuring battles of cavalry against cavalry, tank battles and plenty of action featuring armored trains.