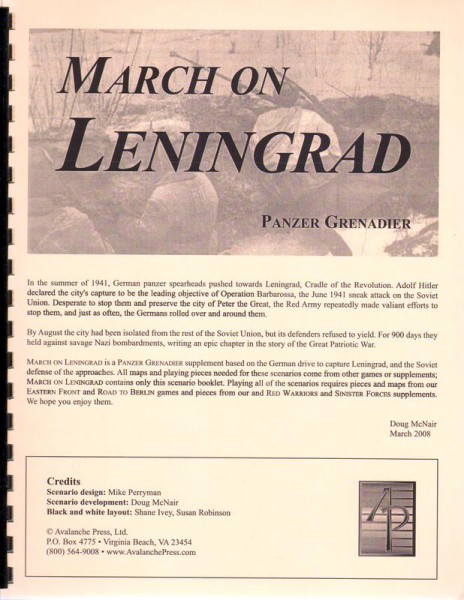 March on Leningrad is a supplement based on the German drive to capture Leningrad, and the Soviet defense of the approaches.

Mike Perryman has designed ten scenarios, or separate game situations, based on battles that took place south of Leningrad between June and September 1941.

This module is not playable by itself, but requires ownership of our Eastern Front and Road to Berlin games and Red Warriors and Sinister Forces supplements.

Each scenario has its own card in a spiral-bound booklet, just like the popular North Wind and Alaska's War.