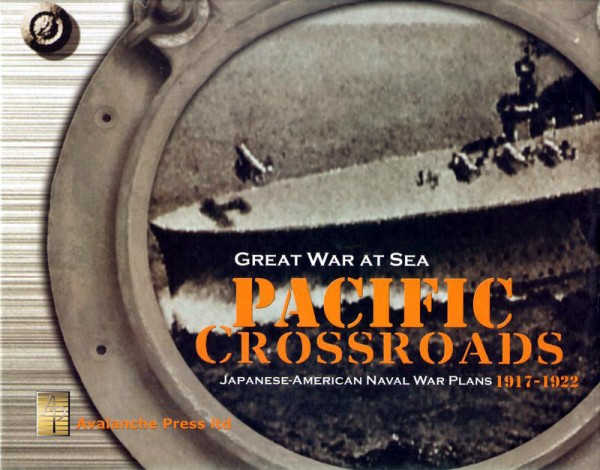 Beschreibung Bewertungen 0
Beschreibung
During the first half of the 20th century, the United States and the Japanese Empire constantly... mehr
Menü schließen
Produktinformationen "Great War at Sea - Pacific Crossroads"

During the first half of the 20th century, the United States and the Japanese Empire constantly made plans for a naval war against the other rising power. Each believed that the U.S. Navy would fight its way across the Pacific Ocean, with important clashes taking places in island chains like the Marianas and the Carolines.

Pacific Crossroads is the new introductory boxed game for the Great War at Sea series. It's based on the actual plans of both the United States and Japan for naval conflict at the close of World War I and immediately afterwards. Players try to seize and hold bases to either enable or stop the American drive across the Pacific.

While the game is intended for new players, there's plenty here for old salts, too. New ships like the American 1910 battle cruiser design are present, as are the battle cruisers the Americans feared Japan would acquire from the Royal Navy. There's a lot of naval warfare in this small package, which also ushers in a new edition of the series rules.

The 22x17-inch operational map covers waters around the Mariana and Caroline Islands and the coast of northern New Guinea. Players maneuver their fleets on this map and search for one another with aircraft, submarines and surface ships. When contact is made, player moves to the tactical map.