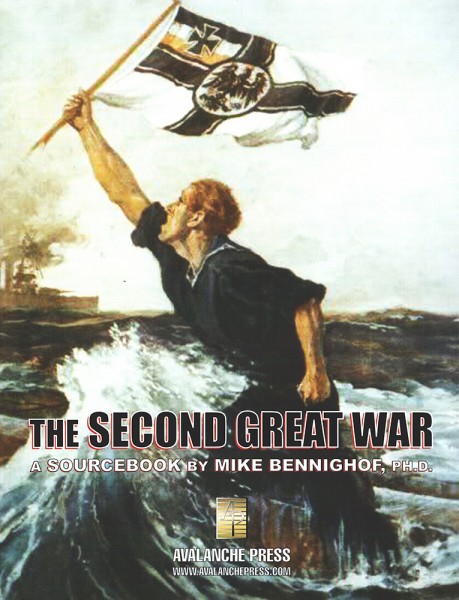 In November 1916, the freshly-reelected U.S. President Woodrow Wilson renewed his earlier attempts to mediate a peace between the warring European powers. On December 18th Wilson sent identical notes to the warring powers asking them to state their conditions for peace, and later offered to mediate a settlement. The warring sides rejected his offer.
Wilson’s failure marked the last chance for a negotiated peace to end the Great War before one side collapsed. What if he had succeeded? What if the First Great War had come to an end in December 1916, sparing the lives of millions and uncountable destruction?

The Second Great War is a sourcebook describing the world of Wilson’s Peace, one in which the great empires of Eastern Europe - Germany, Austria-Hungary, Russia and the Ottoman Empire – survived for another generation. In this alternative reality, war returned to Europe in 1940 as the vengeful authoritarian regimes in France, Italy and Russia unleash aggressive war against the prosperous social democracies of Germany, Austria and Poland. That background forms the setting for our Second Great War at Sea series.