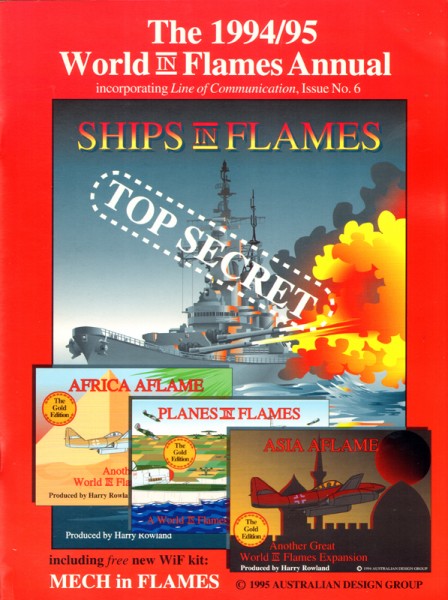 It also includes 2007 Mech in Flames a 200 countersheet expansion for World in Flames that adds engineers, mech and motorised corps, city based volunteers, Soviet Guards banner armies and divisions, early and late war aircraft, ship funnies, supply units and forts to spice up your next game of World in FLames. It is playable with both WiF5 and World in Flames: the final edition and has been completely revised to be fully compatible with WiF:Final.

Related links to "WiF 1994/95 Annual: Mech in Flames"
Evaluations 0
Read, write and discuss reviews... more
Close menu
Customer evaluation for "WiF 1994/95 Annual: Mech in Flames"
Write an evaluation
Evaluations will be activated after verification.
Customers also viewed
Customers also viewed
Viewed
This website uses cookies, which are necessary for the technical operation of the website and are always set. Other cookies, which increase the usability of this website, serve for direct advertising or simplify interaction with other websites and social networks, will only be used with your consent.
Decline Accept all Configure