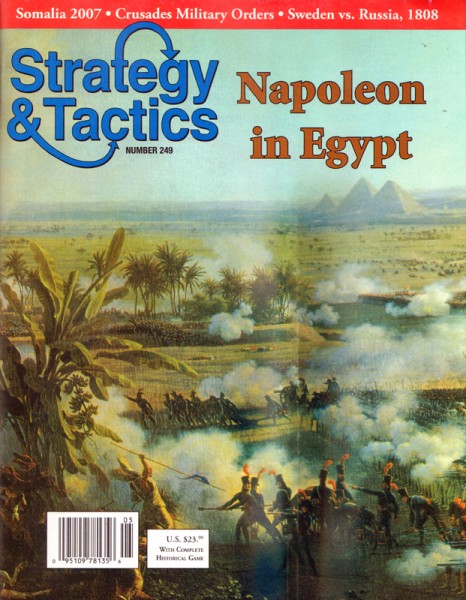 Forgotten Napoleonic Campaigns (FNC) uses a single operational-level system to examine two of the more obscure, though nonetheless interesting, campaigns fought during the Napoleonic Wars. The designer is S&T Editor Joseph Miranda. The two complete games included in this issue are: The Russo-Swedish War (RSW), which covers the 1808 invasion of Finland, and The Egyptian Campaign (EC), which deals with Napoleon's invasion of the Middle East. Both games are two-player contests of low-to-intermediate complexity, meaning experienced players can master the rules and finish a match in one session of three to five hours.

This game is not playable with only 1 deck!!!

The Outcast Heros - Bohaterowie Wyleci
€16.95 *
Viewed
This website uses cookies, which are necessary for the technical operation of the website and are always set. Other cookies, which increase the usability of this website, serve for direct advertising or simplify interaction with other websites and social networks, will only be used with your consent.
Decline Accept all Configure