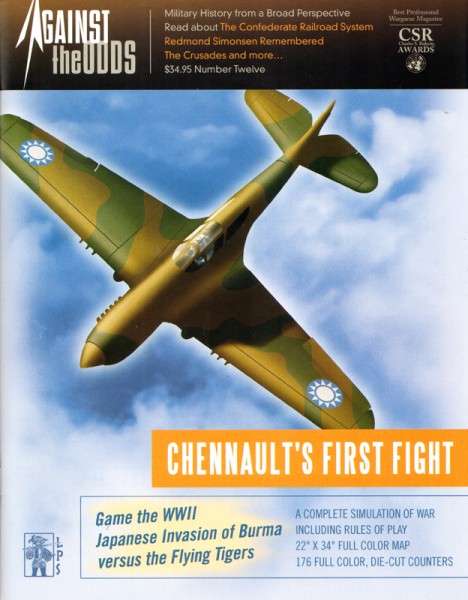 Description Evaluations 0
Description
As the year 1941 moved from winter into spring and then into summer, it was increasingly... more
Close menu
Product information "Against the Odds: Chennault´s First Fight"

As the year 1941 moved from winter into spring and then into summer, it was increasingly apparent that war was coming to the United States. Most American political and military leaders viewed the Nazi war machine in Europe as the greatest menace, and fear that any US intervention/involvement would come too late grew with each passing month.

Most who viewed the escalating conflict in Asia felt that diplomacy and economic sanctions could bring Japanese aggression on that continent to an end; even if military force was needed, US and western military prowess would make short work of the armed forces from the empire of the Rising Sun. The sudden attack at Pearl Harbor on December 7th, the devastating air raids in the Philippines the next day, as well as the loss of Great Britain's battleships Repulse and Price of Wales brought the war home in a shocking and horrifying manner.

Now only in China were there Americans ready and able to fight the Axis forces. Here, a small group of mercenary airmen and ground crew, desperately outnumbered, but led by Claire Chennault, a man who had been vilified while in the US Army Air Force, met with success in the opening weeks of the war. Their legend, that of the Flying Tigers, still lives on today.

Related links to "Against the Odds: Chennault´s First Fight"
Evaluations 0
Read, write and discuss reviews... more
Close menu
Customer evaluation for "Against the Odds: Chennault´s First Fight"
Write an evaluation
Evaluations will be activated after verification.
Customers also viewed
Customers also viewed
Viewed
This website uses cookies, which are necessary for the technical operation of the website and are always set. Other cookies, which increase the usability of this website, serve for direct advertising or simplify interaction with other websites and social networks, will only be used with your consent.
Decline Accept all Configure