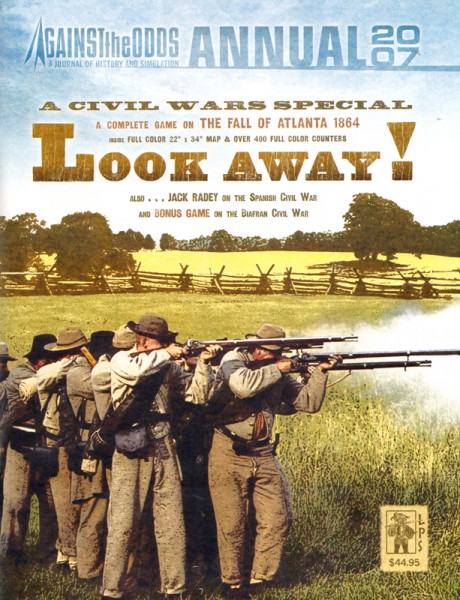 Look Away! is a strategic-operational simulation of the Army of Tennessee's campaigns in the Georgia theater of the Civil War. The game covers the fighting between Union and Confederate forces in Tennessee and northern Georgia during the spring and summer of 1864. Each hexagon represents an area roughly 2.6 miles in diameter (4 km). Each turn in the game represents about four days of real time. There are four scenarios dealing with the major engagements of the war plus a campaign game covering the entire period.

Bonus game inside the 2007 Annual
Unique mini-game on the Biafran War of the late 1960s. Nigeria splits apart and both sides form ramshackle armies sporting used weapons and mercs! Look Away! and the 2007 ATO Magazine Annual

Empire of the Sun (3rd Printing)

Against the Odds: Not War but Murder
€34.95 *
Viewed
This website uses cookies, which are necessary for the technical operation of the website and are always set. Other cookies, which increase the usability of this website, serve for direct advertising or simplify interaction with other websites and social networks, will only be used with your consent.
Decline Accept all Configure