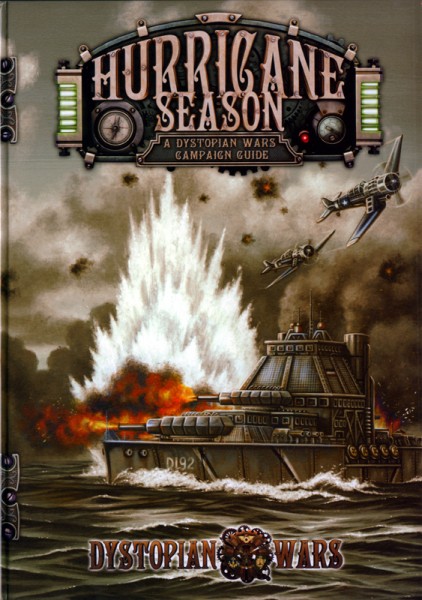 This product is currently not available.
Please inform me as soon as the product is available again.
€25.00 *

The first Campaign Book for Dystopian Wars details the bitter struggle between the Federated States of America and the Empire of the Blazing Sun. With the involvement of the Kingdom of Britannia, Prussian Empire and Covenant of Antarctica, this is a titanic struggle! Hurricane Season is fully-illustrated and provides a series of exciting scenarios for you to play, detailing major actions in the campaign. The Covenant of Antarctica rules and Stats are included along with new rules for National Fleet Commodores, Amphibious Landings, Deployment Orders and more. Who will emerge victorious?

Related links to "Spartan Games Dystopian Wars - Campaign Book Hurricane Season"
Evaluations 0
Read, write and discuss reviews... more
Close menu
Customer evaluation for "Spartan Games Dystopian Wars - Campaign Book Hurricane Season"
Write an evaluation
Evaluations will be activated after verification.
Customers also viewed
Customers also viewed
Viewed
This website uses cookies, which are necessary for the technical operation of the website and are always set. Other cookies, which increase the usability of this website, serve for direct advertising or simplify interaction with other websites and social networks, will only be used with your consent.
Decline Accept all Configure