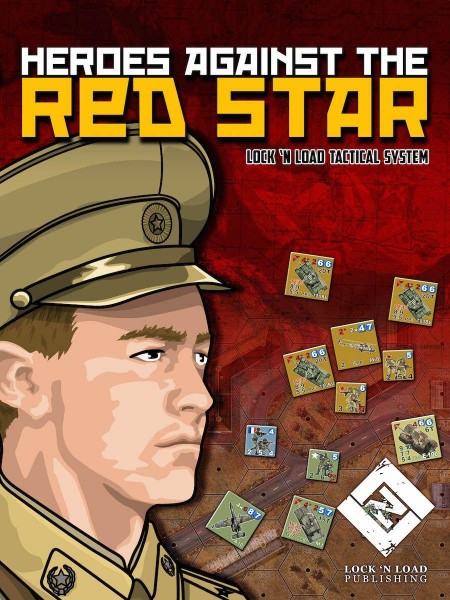 At Dawn The Red Invasion Starts

Heroes Against the Red Star is a complete Lock ‘n Load core game which brings the Lock ‘n Load Tactical system from West Germany to Paris, on the first days of World War III.

You’ll command a bucket of 1985-era weaponry including Soviet T-80, T-72, T-64, and T-55 tanks Hind helicopters, Soviet infantry, paratroopers, BMPs, and all their accouterments of war - RPGs, RPKs, RPDs, you are free to do so. Your also forces representing French conscripts, the Foreign Legion, Paratroopers, and lots of tanks. You’ll match AMX30 B-2 tanks against the best Russian armor, direct Jaguar airstrikes, and recon enemy positions with ERC-90 and AMX 10RC armored cars.

You get to play with anti-tank guided missiles (ATGM), which are easily depleted, advanced armor, advanced sights (thermal and night), fixed wing air support, and much more.

Fight scenarios from the first probes by Soviet infantry to the ultimate, desperate clash for the Eisenbach Bridge. This is modern street fighting., in the buildings, on the deck of the tanks.

Requirements: No other product is required to play this game.  This game contains some previously released material from Heroes of the Gap, Honneur et Patrie and Heroes of the Blitzkrieg.

Heroes Against the Red Star Includes:

Heroes of the Falklands

Heroes Against the Red Star X-Maps

Heroes of the Nam

Heroes of the Falklands

Bear and the Jackal Expansion

Expansion (not a complete Game)

Heroes against the Red Star

€65.00 *
Viewed
This website uses cookies, which are necessary for the technical operation of the website and are always set. Other cookies, which increase the usability of this website, serve for direct advertising or simplify interaction with other websites and social networks, will only be used with your consent.
Decline Accept all Configure