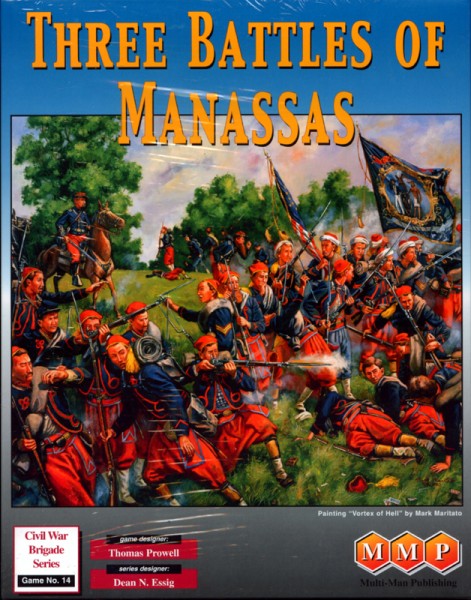 Three games in one, Three Battles of Manassas, by Thomas Prowell, covers the First Battle of Bull Run, gives a second-edition treatment of the 2nd Manassas battle (originally simulated in the CWB first edition game August Fury), and takes a "what if" look at a potential 3rd Battle of Manassas in the fall of 1863.

Montgisard: Man-to-Man combat in the Crusader...

La Bataille de Ligny, 2nd Edition
€140.00 *
Viewed
This website uses cookies, which are necessary for the technical operation of the website and are always set. Other cookies, which increase the usability of this website, serve for direct advertising or simplify interaction with other websites and social networks, will only be used with your consent.
Decline Accept all Configure