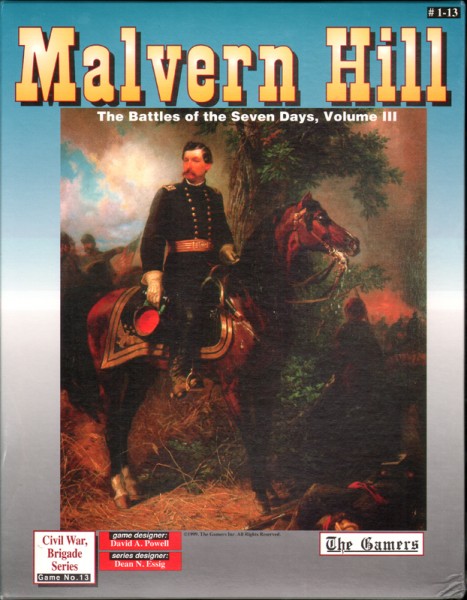 1 July 1862: The sixth and last of the 7 Days Battles of the American Civil War was fought in Henrico County, VA.  General Robert E. Lee launched a futile series of disjointed assaults against the nearly imprenable Union position on Malvern Hill.

Related links to "The Gamers:Malvern Hill"
Evaluations 0
Read, write and discuss reviews... more
Close menu
Customer evaluation for "The Gamers:Malvern Hill"
Write an evaluation
Evaluations will be activated after verification.
Customers also viewed
Customers also viewed
Viewed
This website uses cookies, which are necessary for the technical operation of the website and are always set. Other cookies, which increase the usability of this website, serve for direct advertising or simplify interaction with other websites and social networks, will only be used with your consent.
Decline Accept all Configure