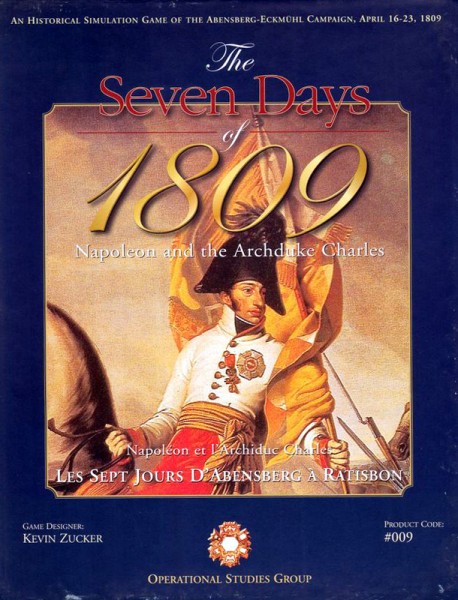 This product is currently not available.
Please inform me as soon as the product is available again.
€57.00 *

SEVEN SCENARIOS: The Austrian Advance to the Danube, The Trap Closes, The Emperor Arrives, The Battle of Abensberg, The Maneuver of Landshut, The Battle of Eckmühl, and The Campaign Game (various start dates).

COMPONENTS: One 22 x 34" map and 280 two-sided units; 32 pages of rules including campaign analysis, designers notes and more; 8 player aid cards, including French and Austrian March Tables showing the positions of all units and leaders on the morning of each day, and turn record track.

Related links to "OSG: The Seven Days of 1809"
Evaluations 0
Read, write and discuss reviews... more
Close menu
Customer evaluation for "OSG: The Seven Days of 1809"
Write an evaluation
Evaluations will be activated after verification.
Customers also viewed
Customers also viewed
Viewed
This website uses cookies, which are necessary for the technical operation of the website and are always set. Other cookies, which increase the usability of this website, serve for direct advertising or simplify interaction with other websites and social networks, will only be used with your consent.
Decline Accept all Configure